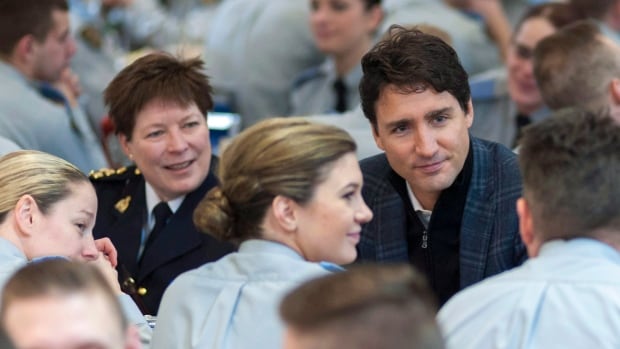 A source with knowledge of the decision, speaking on condition of anonymity, told CBC News Trudeau would make the announcement at the RCMP Depot training centre.

Beverley Busson briefly led the force from Dec. 2006 to June 2007 but only served in the position on an interim basis.

The replacement for former commissioner Bob Paulson, who retired at the end of June, was chosen by a six-woman, three-man committee led by Frank McKenna, the former premier of New Brunswick who served as Canada’s ambassador to the United States.

Lucki, the commanding officer of Regina’s Depot division, joined the RCMP in 1986. She served in the former Yugoslavia and helped to train and select police units for the UN civilian police mission in Haiti.

She went to the University of Alberta, where she received a bachelor of arts degree. She has received a UN medal for bravery and has a record of improving relations with Indigenous communities.

Clunis, Canada’s first black police chief, led a modern, unionized police force for four years. Before her retirement from the large labour organization, Byers was responsible for several high-profile issues at the CLC, such as workplace training, employees with disabilities and LGBTQ workers.

The government also appointed to the committee Manuelle Oudar, chair and CEO of Quebec’s board of workplace standards, equity, health and safety.

Ryan was the force’s deputy commissioner in Alberta. Had the well-liked senior officer not retired earlier this year to become the province’s ombudsman, the government might have tried to recruit Ryan for the top job.

As Canada’s first female commissioner, albeit in an interim capacity, Busson was well-placed to engage with candidates on questions of police operations and organizational culture.

Tammy Cook-Searson, chief of Saskatchewan’s Lac La Ronge First Nation, was among those on the committee able to assess the candidates for cultural sensitivity to Indigenous Canadians.

Rounding out the committee were the prime minister’s national security and intelligence adviser Daniel Jean, the deputy minister at Public Safety Canada Malcolm Brown and Status of Women Canada Deputy Minister Gina Wilson, who used to serve at the Department of Public Safety.